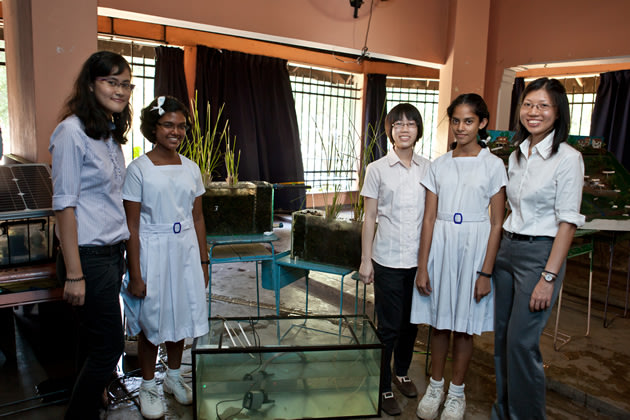 Three environmental engineering students from Singapore have gone out of their way — beyond their classrooms — to make a difference in people’s lives.

With a third teammate, third-year student Jocelyn Tay, 21, joining them earlier this year, the girls used their knowledge and skills to craft a year-long education and awareness programme to promote the protection of the iconic Kandy Lake.

They were back in Kandy over last week to oversee an exhibition that showcased the collective efforts of their partner school, the University of Peradeniya (UoP), as well as that of younger students at the Mahamaya Girls’ College, a school located near Kandy Lake.

Water from the lake feeds into the mid-canal of the Mahaweli River, Sri Lanka’s longest river, which doubles as the main water source for Kandy’s 150,000-strong population.

Syahida, 23, and Valencia, 24, shared that they were working together on their final-year project on constructed wetlands when they heard about a similar project by a Sri Lankan researcher, Shameen Jinadasa.

The 38-year-old engineering lecturer, who himself is a resident of Kandy, embarked on a mammoth mission to clear the pollutants in Kandy Lake, in order to stop them from flowing into the mid-canal and then to the Mahaweli River.

Attaching himself to NTU under the Lien Environmental Fellowship for six months, Shameen worked to adapt the technology of wetlands to develop local-centric floating wetlands at various key inlets to the lake. These wetlands, in the form of the flowering canna plant, thrive on chemicals such as nitrogen and phosphorus that are polluting the lake, hence cleaning and beautifying it at the same time. 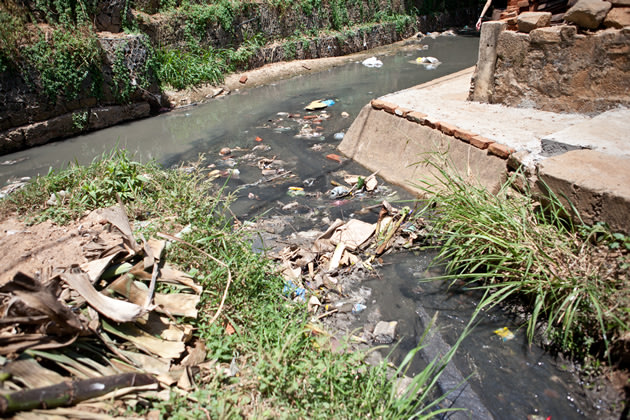 A part of the mid-canal that connects Kandy Lake to the Mahaweli River. (Photo courtesy of NTU)

Initially, the girls just wanted to observe the real-world application of floating wetlands, but they realised there was much more they could do while there.

When they arrived, Valencia said the girls assisted Shameen with fieldwork, walking along the litter-infested mid-canal armed with gloves and a bucket with which to scoop water up. They collected samples of the river at various points along the mid-canal for follow-up tests, to ensure that the chemical makeup of the river had not changed since samples were first taken for Shameen’s study.

“It (the stench of the mid-canal) was still bearable, and we were able to walk along the canal safely, although some parts had more litter than others,” she added. “To be fair, though, we didn’t go in—and it wasn’t as easy taking samples from there than it is in Singapore.”

Their main roles, though, did not consist so much of working on the floating wetlands but instead involved collaboration with members of the UOP’s Wetland Education Club to expand on the planned programme.

“We facilitate their brainstorming and give our views, and bring our ideas from Singapore to the table…. The programme is still in its infant stages, though, so there are more activities to come,” said Tay, who is most likely to be seeing the programme through to the next year, given that Syahida and Valencia are graduating. 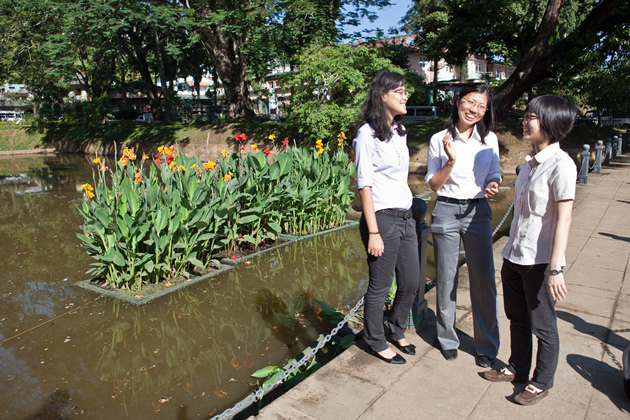 The three NTU environmental engineering students said their experience in Kandy has let them experience solving real-world problems, a whole different ball game from the questions in their exam papers. (Photo courtesy of NTU)

The study of engineering is fundamentally based on the premise of problem-solving, and the girls, having already pursued the discipline of environmental engineering for three and a half years, were sure there should be no problem too challenging for them to deal with, when they arrived in Kandy.

Yet, Valencia said her time in Sri Lanka reminded her that working with real problems truly is a whole different ball game from solving exam questions in school, which are often given with clearer set boundaries.

“It’s like getting minced meat, where everything is given to you to spoon and eat, but here you’re given an entire lump of meat with the bones, fat and skin, so you really have to slice it up,” she added.

She shared one instance where she and Syahida were faced with a real-life problem: one of the wetland models built by students in the Wetlands Education Club had mosquitoes breeding in it, and despite putting their heads together, they were unable to find a solution—which turned out to be as simple as placing a mosquito net above the model, an answer provided by their supervising professor. 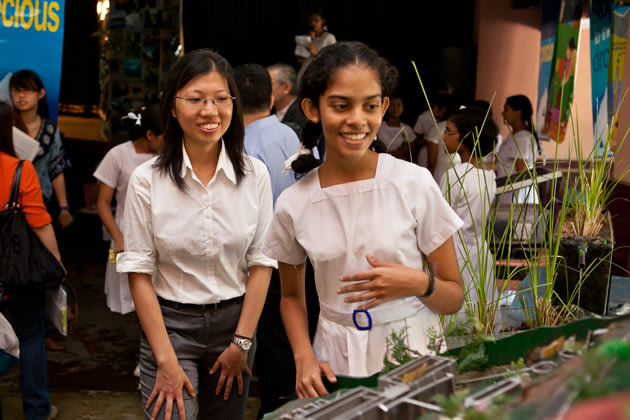 Evelyn, 24, looks at a floating wetland model with a Mahamaya Girls College student, whom she said is very passionate …

Asked what they gained from their involvement with the Kandy Lake project, Syahida said it was an experience they would never have gotten had they stayed in Singapore and merely focused on studying the wetlands here.

“It was an interesting experience, definitely, because we wouldn’t have gotten a chance to step out of our comfort zones, and experience things from a different angle of engineering,” she said.

The girls also said they enjoyed working with both their UoP counterparts and the younger students from Mahamaya Girls’ College, describing them as “enthusiastic” and “passionate”.

“They really look up to us and respect us, and always ask us for our opinion and feedback on the things they do,” added Valencia, who shared that even during their school term back in Singapore, the UoP students would correspond with them via email, seeking ideas and improvements on proposals and plans they made for various programmes.

Asked if this type of work is something the graduating girls might want to do in their careers, both Valencia and Syahida said they were as yet undecided, although they both agreed on the invaluable experience they had gained in Sri Lanka.

“There are more variable factors here, so I guess we are slower in solving the problem, but I think it’s part of the experience,” said Syahida.

“As an engineering graduate, you cannot be an engineer straightaway—you need a lot of experience first,” agreed Valencia. “So this programme really gave us the experience that is important for us, for the future.”

This article was first published in Yahoo! Singapore