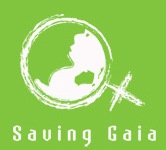 “Save my World” is the tagline of MediaCorp’s annual Saving Gaia campaign to mark World Environment Day this year.

A group of 30 students, aged eight to 11 from award-winning choirs of Catholic High School and Kong Hwa School, have come together to put a music video with the tagline as the green message.

Aired across all MediaCorp channels, it’s hoped that their angelic voices will help make the song stick in your head.

Terrence Tan, executive creative director of Ice Inc who directed the video, said: “27 years ago, Michael Jackson and Lionel Richie wrote ‘We are the World’. So we thought a song would be a good idea.

“Imagine having two dozens of kids in costumes, and in their own charming and innocent ways singing that message and spreading it.

“I think it’ll be more appealing and more effective. Eventually we want the audience to sing along, and eventually turn it into an Earth anthem.”

Some of the children have their own messages for Singaporeans.

One of them said: “Don’t hunt for endangered animals and don’t pollute the Earth.”

One of the new elements in this year’s campaign is a photo contest.

All you need to do to take part is to send in a picture of your children dressed as animals or plants with an appeal to save the Earth.

You can also send a video of them singing to the song to the campaign’s official website.