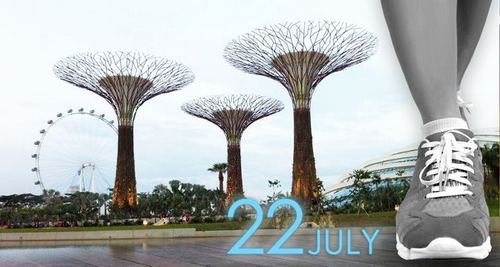 A charity run organised by the National Environment Agency (NEA) to mark its 10th anniversary has raised more than $460,000 for children with cancer.

The event, held today at the newly-opened Gardens by the Bay, raised a total of $462,587 for the Children’s Cancer Foundation. NEA is the first public sector agency to hold a charity run at the Gardens since its opening last month.

2,100 participants competed in two events, a 10km run and a 1km fun walk saw 2,100 Dr Vivian Balakrishnan, Minister for the Environment and Water Resources, flagged off the 800 runners in the 10km event.

Dr Balakrishnan was part of a relay team for the 10km run, and also led supporters, including corporate sponsors, CCF beneficiaries and NEA staff on a symbolic 1km walk to show support for the cause.

A highlight of the day was the display of 1,324 terrariums, which set a new record in the Singapore Book of Records. The previous record stood at 1,026 at Stamford Primary School on Sept 30 in 2010.

As part of its series of 10th Anniversary celebrations, NEA will be organising a 10th Anniversary Community Exhibition at the HDB Hub on September 15 and 16, which will showcase 10 years of working together with the community and stakeholders for a livable and sustainable Singapore. 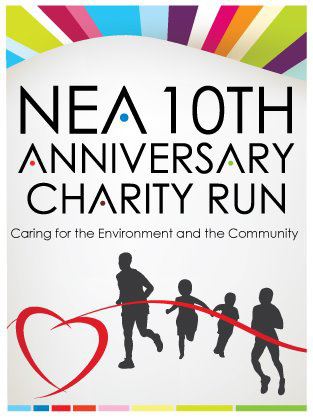