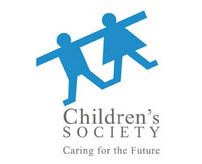 To recognise donors who give large donations and encourage more donors to come forward, the Singapore Children’s Society has launched a new philanthropy award.

The Koh Eng Kheng Eminent Benefactor Award, the society’s most prestigious award, is named after the late Chairman Koh Eng Kheng, who dedicated 39 years to volunteering for the society.

The award will be given to an individual, group or organisation that donates S$5 million or raises at least S$10 million for the society over a period of time.

If no such single sum was donated during the preceding year, the Executive Committee may present the award to another individual, group or organisation that has made a written commitment to donate at least S$5 million over a stipulated period.

The inaugural recipient of the award will be announced at the society’s awards presentation ceremony tomorrow.

At a press conference yesterday, Society Chairman Koh Choon Hui said the “key thing” for a charity is that their income comes largely from donations.

The society has collected a total income of more than S$10 million each year for the last three years. This year, it aims to raise S$11 million to S$12 million.

The society had 19,500 individual donors and 1,500 corporate donors as of last year, and did not see a dip in donations during the financial crisis in 2009 as it has a “fairly large donors’ base”.

Mr Koh said they hope to increase the number of corporate donors to 3,000 and at least have an additional 500 or 1,000 more for individual donors every year.