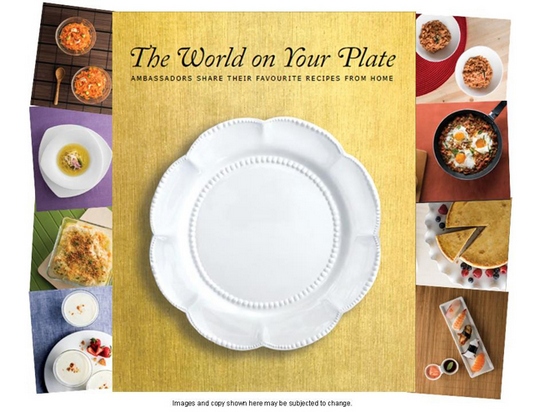 Titled “The World on Your Plate”, the book features 84 recipes from foreign ambassadors and High Commissioners in Singapore.

But only 2,000 copies of the book will be available to the public.

Those who wish to get a copy can do so through donations and sponsorships towards the fund at Tan Tock Seng Hospital.

Former Minister Mentor Lee Kuan Yew will also sign 10 copies of the book which will be auctioned.

There’s also a recipe from Mr Lee’s family in the book, while the foreword was written by President Tony Tan Keng Yam.