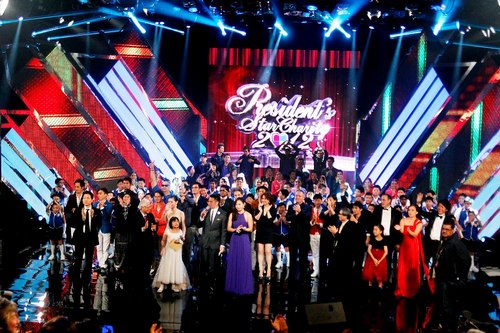 This year’s President’s Star Charity aims to raise more than S$6.5 million. The show, which was shown live on Channel 5 – was also the first under the auspices of President Tony Tan Keng Yam, who took office last year.

One of the biggest acts this year is Grammy Award winning artist Richard Marx, who serenaded the audience with his hits “Right Here Waiting” and “Hazard”.

The theme for this year’s President’s Star Charity, now into its 19th edition, is “unsung heroes”. Stories of brave, selfless Singaporeans who overcame adversity and obstacles to find simple joys, is a highlight of the show.

As of October 14, the donation tally stands at S$6,227,958. The figure includes corporate donors, telepolls and online donations.

Donation telepoll will close on October 21 at midnight.