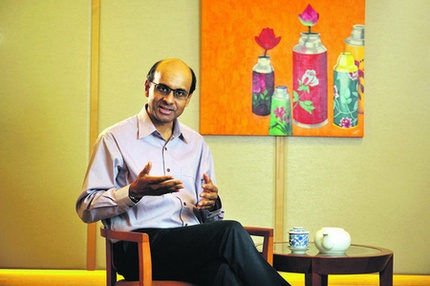 Deputy Prime Minister Tharman Shanmugaratnam said the Singapore model of philanthropy is based on the government, community leaders and active citizens coming together for a strong and inclusive society.

Mr Tharman was speaking at a book launch commemorating the 40th anniversary of the passing of education philanthropist Tan Lark Sye, who founded the former Nanyang University in Singapore among other schools.

Mr Tharman, who is also the finance minister, said the government is stepping up investments in education, especially at the pre-school level, to ensure social mobility.

Giving his personal opinion on education policies, he said the Singapore system does very well in giving students the skills and knowledge required for the modern economy.

However, Mr Tharman said he thinks there is a need to create the time and space for students to build character, to encourage constant questioning and the taking of intellectual risks.

Mr Tharman said education policies will be decided by the Education Ministry but in his opinion, there is a need to focus less on exams because “something has to give.”

Whatever is done, he said, there is a need to preserve the basic tenet of meritocracy to ensure every child has the opportunity to education regardless of his or her family background.