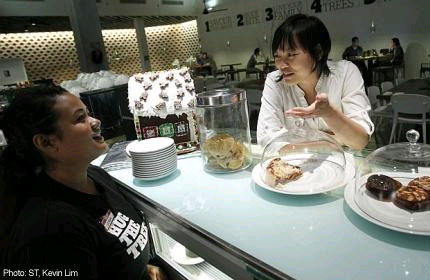 Come the year end, it may be common for investors to check their portfolios to see how their stocks have performed.

But it is a portfolio of another sort that Ms Kuik Shiao-Yin, 35, checks. The social entrepreneur takes a look instead at the charities she supports. “I like to think about the things worth investing in, and which groups are doing it well,” she said. “If I am able to plan for my own savings, I can start a portfolio for charity as well.”

Instances of people practising such analytical giving, while far from common, seem to be rising.

Citing previously unreleased findings from its 2006 Individual Giving Survey, the National Volunteer and Philanthropy Centre said “there is an increasing number of people who decide in advance before donating”.

Since 2008, Ms Kuik has donated a few thousand dollars each quarter to mostly global charities like World Vision and Compassion International. Besides going through their annual reports, she reads up on charity information from the United States and checks who sits on the boards.

But donors like Ms Kuik, who take time to decide which causes to support, are far from the norm here. The same Individual Giving Survey shows the majority of the roughly 1,800 respondents usually decide to give only when asked, instead of deciding in advance.

Insead adjunct professor of entrepreneurship and family enterprise Mahboob Mahmood speculated that reactive giving and peer pressure could be at play.

“People tend to give when they are involved in something,” he said, adding that donations could be a reaction to event participation. Certain types of giving, during natural disasters, for instance, tend to invoke reactive rather than proactive giving. He said people may give when asked because of peer pressure as well.

More people and charities are moving from ad hoc donations to targeted giving. Even prominent charities like the National Kidney Foundation are offering more specific donor options, where people can specify a programme. In January, it began a targeted Artificial Kidney Giver programme, which has raised over $1.13 million.

The National Council of Social Service’s fund-raising arm, the Community Chest, has seen a steady rise in the number of participants in Share, the monthly workplace-giving programme. Regular yearly donations grew from $1.4 million in 1984 to $12.8 million last year.

Despite the rise in “thinking” on how to give to charity, the emotional approach, tugging on heartstrings, still loosens purse strings.

Teacher Ying Pik Tho, 50, whose chosen charities include the Animal Lovers League and the Salvation Army, responds when the animal welfare group calls for help. She said: “It makes it more personal when you have the dog and see its face. It is that pull.”

The education, social service and health sectors are the most popular areas for donations in Singapore.

Focusing on education as a way to improve lives is a common theme in Asian cultures.

There were $896 million worth of tax-deductible donations last year, said the Commissioner of Charities’ annual report. These are the amounts donated to the three sectors last year: