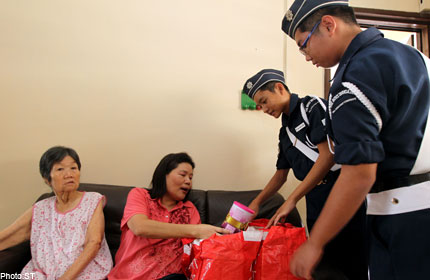 Pickiness over the charities they support, wariness in an uncertain economy and pragmatism.

These are some possible reasons that charities have cited for Singapore slipping in a global ranking of giving, in terms of donating money, volunteering and helping strangers.

The World Giving Index report released yesterday, which ranked 146 territories, showed that Singapore had fallen in placing from 91 in 2010 to 114 last year.

This comes at a time when the economic outlook is subdued, with the Government expecting growth to slow to 1 per cent to 3 per cent next year.

The report also noted that, globally, giving “fell sharply” from 2010 to last year. This suggests that people here were giving even less than those in many other countries.

The report is done by international charity Charities Aid Foundation, with more than 155,000 people in 146 territories surveyed. In most cases, 1,000 people per territory were polled.

While the report seemed to suggest that more people in Singapore are becoming scrooges, charities My Paper spoke to did not believe this to be so.

However, he said that Singaporeans “are pragmatic people” and tend to be cautious of, and fear, an uncertain economy.

He added: “But we also believe that the fund-raising activity itself must be interesting enough to attract people to participate.”

Some charities have seen a slowdown in their donations. The Handicaps Welfare Association said that the gross funds it raised in the financial year from April last year to March this year dipped by about 10 per cent, compared with the previous financial year.

But not all charities have had it bad. The Community Chest met its fund-raising targets of $55.7 million in its financial year ending March this year, and $55.2 million the year before.

And from April to October, the charity said it managed to raise $36.8 million, and is on track to meet the funding needs of the 82 charities it supports.

The Boys’ Brigade has also been fortunate. At the close of its Share-a-Gift event yesterday, it managed to meet its target of getting donations in kind for 30,285 beneficiaries.

Mr Desmond Koh, the executive director of the Boys’ Brigade, said that due to the nature of its call for donations, which asks for items instead of cash, “people are more forthcoming” in giving.

But it is in times of an economic downturn that the disadvantaged “are affected more and have less opportunity to recover”, said Mr Rodrigo.

“So, we have to be upfront with donors and let them know that the demand for our services increases, during times of economic uncertainty.”