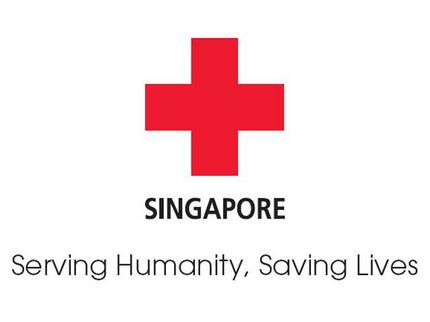 It’s the season of giving, and the Singapore Red Cross is gearing up to bring cheer to more needy people in the coming year.

The charity’s services go far beyond its well-known humanitarian efforts.

Besides offering a non-emergency ambulance service for the poor and elderly, the Singapore Red Cross also runs a home for the disabled, and provide community first aid services.

And it aims to equip every household with a trained first aider over the next 10 years.

It’s not just about blood donation or responding to disasters overseas. These are just a small part of what the Singapore Red Cross does.

The Singapore Red Cross also provides Transport Aid – a non-emergency ambulance service for the elderly, physically or financially challenged – to get to their medical appointments.

It also runs the Red Cross Home for the Disabled at Lengkok Bahru.

This is Singapore’s only residential home for those with severe and multiple disabilities.

The Red Cross Home for the Disabled has been around for 24 years. It currently serves about 100 residents, whose age ranges between 10 and 65.

Mr William said other homes in Singapore do not have the capacity and facilities to provide care for those with such disabilities.

One of the residents is 20-year-old Teo Chyi Lin, who has cerebral palsy since birth.

Since his mother died in a traffic accident in 2010, he has been cared for at the Home.

The Home has about 60 full-time workers, including administration staff, nurses, and healthcare aides.

Based on means testing, the Ministry of Social and Family Development can subsidise up to 75 per cent of the residents’ bills.

The rest are paid in cash, which can amount to more than S$460 a month.

“We try our best to collect the fees, but we know that often, their families are already having their own problem, and we don’t want to impose another problem on them. So the challenge for Singapore Red Cross would be to go out there to get donation to offset the fees that are not paid by the residents.”

Mr William said: “We find that up to about 40 to 50 per cent of our residents seldom get visits from their family members. This is sad. And we try to mitigate it by having our volunteers interact with residents of the Home, and many of them have become family members of the residents.”

The Home said it has about 15 regular volunteers, and it hopes to see more, moving forward.

Besides getting more volunteers, the Singapore Red Cross Society is also trying to get more donors for its blood donation programme.

51-year-old Lalitha Nair has been donating blood since 2004. The mother of four has done so more than 20 times.

This year, she has roped in her four children, aged between 18 and 28, and some friends to join her in donating blood.

Ten years ago, Mrs Lalitha was admitted to hospital where she received blood. Since then, she has been a regular donor.

“At that very point I decided that once my health gets better, I am going to make it a point to be a donor. And from then, I took steps to donate blood, that’s how it all started,” she said.