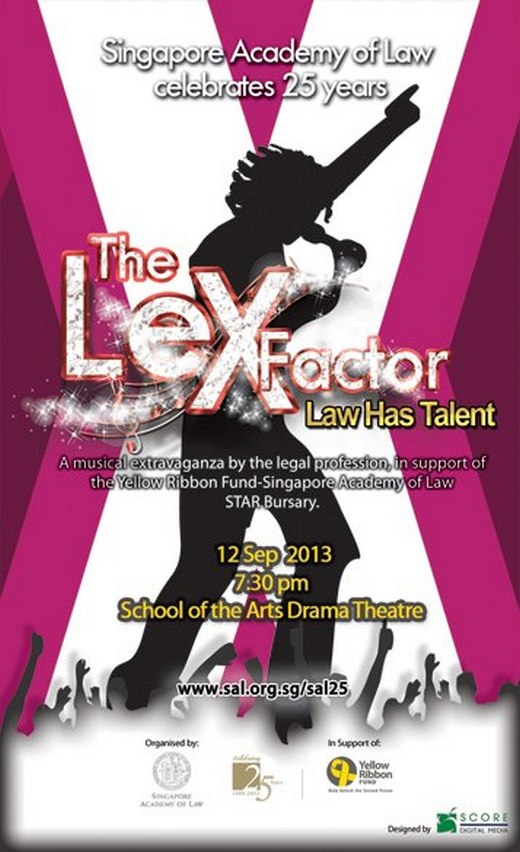 September is going to be an exciting month for us as we celebrate Yellow Ribbon Project’s 10th anniversary!

One event to look out for is a concert organized by the Singapore Academy of Law (SAL) who coincidentally will also be celebrating their 25th Anniversary. This musical extravaganza is held in support of the Yellow Ribbon Fund (YRF) and will feature the many talents from Singapore’s legal profession. The concert will also feature performances by beneficiaries and ex-offenders who have benefited from the YRF.

SAL is no stranger to YRP’s cause. Since 2011, SAL and its members have contributed generously to YRF and its various initiatives.

This year’s concert on 12 September aims to raise money through direct donations to the YRF-SAL STAR (Skills Training Assistance to Re-start) Bursary. This bursary is a programme under YRF with the aim of providing bursaries to financially needy ex-offenders in obtaining vocational and skills training.

As proceeds from ticket sales will go directly to the YRF-SAL STAR Bursary, mark 12 September in your calendars and show support for a good cause by purchasing tickets to this exciting show!