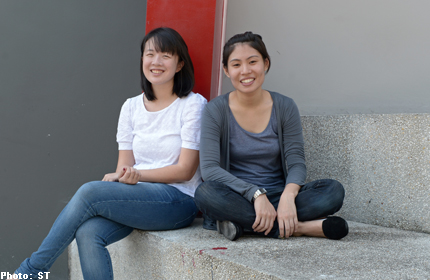 When things get hectic at work or school, voluntary work usually takes a backseat for many young people.

Not for undergraduate Jasmine Yeo, 21.

The National University of Singapore student took a gap semester this month to continue her work at youth leadership organisation Halogen Foundation Singapore.

“My parents were understandably worried about my decision but were later convinced when they saw how I have grown in confidence,” said Ms Yeo, who organises events and leadership workshops at Halogen.

Young people who are interested in community work will now get a helping hand with the setting up of the volunteer youth corps.

The youth corps – for those aged 15 to 35 – will receive allowances if they want to take time out from their studies for full-time volunteering. Details on the allowances will be released at a later date.

They will also receive training and mentoring, government funding for projects and networking opportunities.

The initiative, announced by Prime Minister Lee Hsien Loong at the National Day Rally earlier this month, is to spur young Singaporeans to take up community work, and continue to do so beyond their schooling years.

The Ministry of Culture, Community and Youth, and the National Youth Council (NYC), which will spearhead the initiative, will start with a few hundred volunteers early next year. It hopes to eventually involve some 6,000 young people.

Those active in the youth sector say the move is timely because a good platform to match volunteers to local community service projects is now lacking.

The NYC now offers funding for the Youth Expedition Project but that is mainly for overseas projects.

A better approach for managing volunteers – which includes matching their interest to the needs of community groups – is important.

Mr Martin Tan, co-founder of Halogen Foundation Singapore, said most young people are involved in “ad hoc” or project-based volunteerism. Their involvement in community work may end when the project is completed, or once they leave school.

The new initiative can help to create longer and more meaningful attachments at community organisations by training and mentoring young volunteers, said Mr Tan, who received the Singapore Youth Award this year for his work in the youth sector.

He added: “This is so that (young people) are more likely to commit for the long term if they feel they are growing personally and professionally.”

Mr Joachim Goh, 28, said the youth corps can help people start projects, even small ones. “Just stepping out for the very first time, after that you’d want to do more,” he said.

Despite putting in at least 50 hours a week as a manager at accounting firm KPMG, he managed to squeeze in five trips in the last two years to places like Sri Lanka and Laos to teach English, build houses and set up medical clinics in villages.

Singapore Management University student Yong Shi Yun, 22, also welcomes the move. She set up the first campus arm of Habitat for Humanity, a non-profit organisation which helps build houses for the needy abroad.

The new scheme, she said, is a good way to “embed yourself in a community of volunteers (to) learn and receive emotional support from them”.