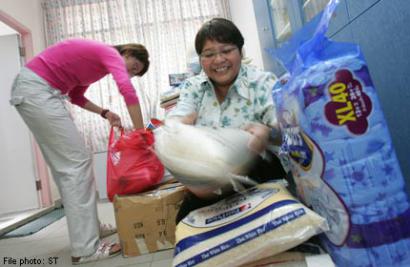 Chairman of the board sounds like a grand job with a high salary to match. But how about taking on this kind of role for free?

Growing numbers of people are doing just this – by volunteering to be board members for non-profit organisations.

The figures come from the Centre for Non-Profit Leadership, which runs leadership development programmes and matches volunteers with various groups.

Nine in 10 applicants come from other sectors, with most aged between 35 and 55. To apply, they must have at least five years of experience in managerial positions.

The centre’s chief executive, Mr Yoon Wai Nam, called the increase a “good sign”. He said growing numbers of volunteers have been stepping forward because the social service sector is now more vibrant and people want to give back to society.

“They can contribute different perspectives, and at the same time, bring in their expertise.”

Set up in 2009, the centre has so far matched 333 people to charities and voluntary welfare organisations, either as board members or in other roles such as advisers.

Non-profit groups typically have about 10 board members.

The centre now hopes to play a bigger role in helping the sector become more “inclusive and diverse”. It wants more non-profit groups to use its service and aims to place volunteers in top jobs such as executive director.

Centre vice-president Laurence Lien said leadership is particularly important in the non-profit sector, which “needs to grow very significantly in the next five years as needs are growing in Singapore”.

Volunteers who have been matched by the centre said the service is helpful as it provides access to a lot of non-profit groups.

Mrs Monica Lim, 51, who owns an education consultancy firm and chairs the board of the Down Syndrome Association Singapore, said: “It works both ways. The charity has a wider choice of candidates, and individuals have more to choose from too.”

Mr Terrence Chee, a board member at O’ Joy Care Services, said he would have found it hard to choose the right volunteering role without the centre.

“I wouldn’t know where to start or who to ask even if I want to help,” he added.

The 53-year-old finance industry veteran said: “Over the last several years, I’ve been trying to give back to society. As you get older, you find that you’ve been quite blessed. We all have to play our part and help where we can.”