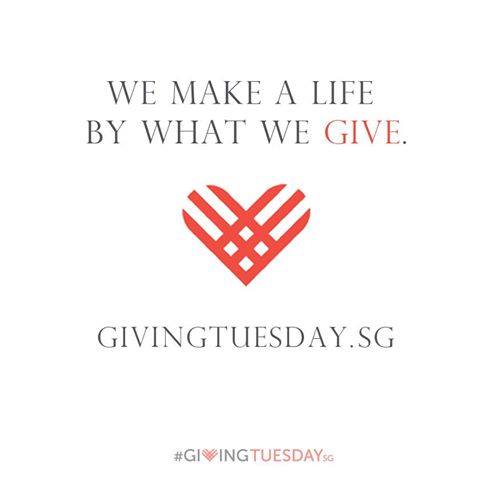 The spirit of giving has traditionally peaked only toward the end of the holiday season, but now, a new campaign spearheaded by the National Volunteer & Philanthropy Centre (NVPC) hopes to change that.

Thirty different organisations, including the Singapore Cancer Society, MasterCard, NTUC Income and FLY Entertainment, are partnering with the NVPC to declare Dec 3 this year as a national day of giving.

Called #GivingTuesdaySG, the charitable movement will be social media driven and follows the success of the global movement #GivingTuesday in the United States last year, which caught the attention of celebrities and authoritative figures, such as Bill Gates and The White House.

“Indeed with the increasing influence of social media, more givers, those looking to give and charities can use this opportunity to reach out to their friends and supporters online to garner more support for their causes,” he said.

Singapore is the first Asian nation to join the movement, which was first introduced to the NVPC by the United Nations Foundation.

Partner organisations are expected to run their own campaigns and drive donations with messages and pledges throughout the campaign — using the hashtag #GivingTuesdaySG — until the holidays end on Dec 31.

Founding partners are also encouraged to pull in other organisations to help spread the word through their networks.

One such partner, Coffee Bean & Tea Leaf, has pledged one hour on Dec 3 to giving away free beverages to its customers at all outlets throughout Singapore. In return, customers must download and register for the campaign using a mobile app, and donate toward a charity of their choice.

Anyone looking to get involved can take action on Dec 3 by giving toward charities and causes they support, and sharing it on social media platforms using the hashtag #GivingTuesdaySG.