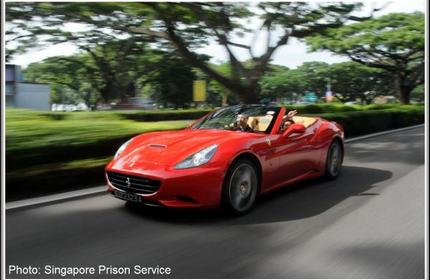 More than $140,000 was raised for the Yellow Ribbon Fund through a charity auction by members of the ExotiCars Club.

The charity auction was held during the ExotiCars Club Lunar New Year Dinner, which saw the participation of 140 ExotiCars Club members and their families.

“The young ones of the inmates are also often known as the forgotten or extended ‘victims of crime’,” Chairman of The Yellow Ribbon Fund, Mr Phillip Tan said.

“Many have their living arrangements disrupted and often are at risk of doing badly at school and committing crimes.

“We are thankful for the generous contribution from ExotiCars Club for the donations and caring for the families of the inmates and ex-offenders..”

The funds raised from the dinner will go towards the Yellow Ribbon Emergency Fund to financially support the families of the inmates during the incarceration period.

Started in 2004, the Yellow Ribbon Project is a community initiative in Singapore that aims to create awareness of the need to give second chances to ex-offenders, generate acceptance of ex-offenders and their families in the community, and inspire community action to support the rehabilitation and reintegration of ex-offenders into society.