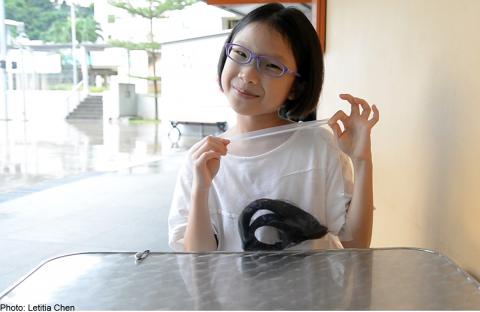 Tresses of hair fell in mounds on the floor, only to be swept away and dumped into two huge rubbish bins.

That was what Mr Jason Ong saw at the Hair for Hope annual charity event in 2010, where people shaved their heads to show support and raise funds for cancer patients.

“It is a good cause but I thought what a massive waste of hair it is,” said Mr Ong, 40, a publications executive, who was there to support friends.

That got him to start a project called Recycle Your Hair in 2011, for people to donate their hair instead to be made into wigs for local cancer patients who cannot afford them.

Since then, 200 people have donated their hair.

Mr Ong plays the middleman by collecting the hair and sending them to a local wig-maker to be made into wigs. These are then donated to needy patients from the National Cancer Centre.

The Children’s Cancer Foundation (CCF), which organises Hair for Hope, directs participants who wish to donate their hair to a similar project called Locks for Love in the United States, which makes wigs for cancer patients.

Last year, more than 7,300 people went bald for charity and raised $4.3 million through Hair for Hope. Its annual event is ongoing now till next month.

Much of the hair gets thrown away and is not used.

A CCF spokesman said: “The objectives of Hair for Hope are distinctively different from the Recycle Your Hair campaign. Some of our key objectives include creating awareness of and raising funds for childhood cancer and telling children with cancer that it is okay to be bald.”

While Mr Ong is heartened by donors’ response, only 13 wigs have been made so far due to a lack of funds. It costs $200 to put together hair from multiple donors for each wig.

The money is from Mr Ong and members of the public like Letitia Chen, 10, who donated the $100 she had received from a school award.

She also donated about 30cm of her hair in April. “I do ballet and we need to tie our hair tight in a bun so cutting it is inconvenient. But it helps the patients so that nobody will laugh at them for having no hair,” she said.

Besides donating 38cm of her hair, Ms Chow Soo Suan, 27, has been volunteering with the project for the past year. She helps Mr Ong collect hair from donors, shows the wigs to them when they are ready and delivers the wigs to the National Cancer Centre.

“The donors are always quite surprised to see their hair materialising into wigs. They find it very meaningful to see the end product,” she said.

Housewife Wong Yi Hui, 36, accompanied a friend, who has breast cancer, for a wig fitting last Sunday. “She was shopping online for a cheap wig but those are not made of real hair,” she said. “So she is happy because the wig (here) gives her more time to cope with her self image.”

Mr Ong plans to expand the project if more sponsors pitch in. He has already tied up with a hair salon to collect the unwanted hair from its customers. He said: “We have the hair but need the money to further benefit our local patients.”