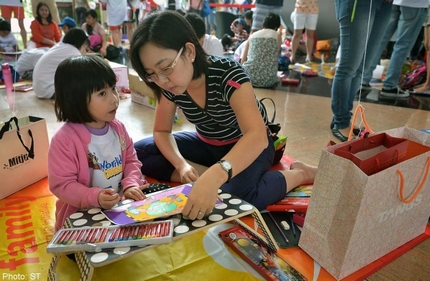 There, they took part in colouring contests with the pencils, that were sold at Safra clubs.

The charity event, held annually since 2008, hopes to raise awareness for children suffering from poverty and disease around the world. It was organised by local art supplier Hans Art, Safra, and writing instruments firm Staedtler.

The Straits Times School Pocket Money Fund gets 10 per cent of the proceeds from the sales of the colouring sets, which come in two choices costing $5.90 and $10.90.

The amount raised will be tallied when fund-raising activities end this month.