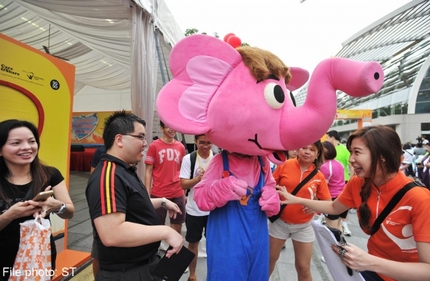 Employees are digging deeper into their pockets and giving more to charity each month.

Some 222,000 workers contributed $14.5 million directly from their salaries to the Community Chest (ComChest) last year.

This is the highest amount that ComChest – the fund-raising arm of the National Council of Social Service – has received from workers participating in its Share programme in the last 10 years. Workers gave $13.5 million in 2012.

Those who opt in pledge to give a certain amount to charity, and this is automatically deducted from their pay each month.

The ComChest attributed the increase to its greater outreach effort to corporate organisations and the growing desire of individuals to make giving a regular habit.

“With a low barrier to entry, Share works on the power of small but regular individual donations collectively making a significant impact in caring for the disadvantaged as a community,” said ComChest chairman Phillip Tan.

“These contributions from the community provide a sustained source of funds for our charities, so they can focus on helping those in need,” he added.

At the Community Chest Awards yesterday, 81 out of 390 awards were given to organisations for efforts to encourage workplace giving.

The Pinnacle Award recognises the long-term and significant contributions of individuals or organisations that have supported Com- Chest for at least 20 years or those that have given more than $20 million.

The bulk of the awards recognised organisations and workers’ support of the Share programme. The rest of the Share awards were given out at an earlier ceremony.

One regular donor is Ms Alice Ku, a manager at Republic Polytechnic, the only organisation to win the Share Achiever award two years in a row. It recognises those who have roped in a significant number of employees and made sizeable donations.

Ms Ku, in her 30s, started donating $10 from her pay every month when she joined the poly two years ago. But each time she had a yearly increment, she raised her donation by a little. Now, she gives $20 to ComChest monthly.

She said: “If I get more, I will give more because that is the spirit of giving and sharing with others around us.”