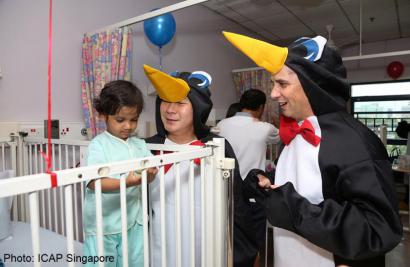 Companies have ramped up their corporate social responsibility (CSR) activities over the years, but the concept still eludes many firms, advocates say.

Philanthropy and volunteerism remain the main CSR activities, yet there is far more that could be undertaken.

Culture is partly to blame – tycoons looking to give back to the community have traditionally done so through charitable family foundations. But this is a limited interpretation of social responsibility, which, by definition, is not just a guiding principle for spending money but of how money is made as well.

“Ultimately, what impacts the community is how you do your business,” notes Mr Christopher Ang, executive director of Singapore Compact, a non-governmental organisation promoting CSR.

Mr Rajesh says that in the West and even elsewhere in Asia, CSR means “identifying the most material social, environmental and economic impacts of a business and then making efforts to minimise those negative impacts”. This opens up a whole spectrum of social issues that would fall under CSR that firms here might prefer to avoid.

But some firms have made headway by keeping things simple. Last month, property developer City Developments (CDL) launched an initiative to supply computers and free Wi-Fi connections to workers’ quarters on its new construction sites, to help migrant staff connect with their families in their home countries.

“This builds goodwill and enhances the well-being of our stakeholders,” says Mr Kwek Leng Joo, CDL’s deputy chairman and Singapore Compact president. “Construction workers are the unsung heroes of our industry.”

Other firms are hoping to make a bigger impact by using their core expertise for community initiatives. From the second half of next year, volunteers from SingTel’s call centre and information technology teams will help run training programmes and literacy courses for disabled persons with employable skills at the Enabling Innovation Centre.

Mr Andrew Buay, its group vice-president of CSR, says: “Staff are able to put their workplace knowledge and skills to good use to benefit the wider community.”

Another benefit of getting CSR right, adds Mr Ang, is that it can help avert public relations disasters, which are more treacherous in the social media age. A case in point: Online ride service Uber was slammed on social media for hiking fares as crowds tried to flee during the hostage siege at a cafe in Sydney’s city centre last week.

“It was caught with a bad pricing algorithm, and that hurt its brand name,” says Mr Ang. “It could easily have put something in place to intervene (with its pricing system), but it wasn’t thinking hard enough about its processes.”

“Since the investor has a lot of clout, a great deal of the focus has been on measurement and reporting to investors,” says Mr Willie Cheng, chairman of the Singapore Institute of Directors. “The management principle here is that what gets measured gets done.”