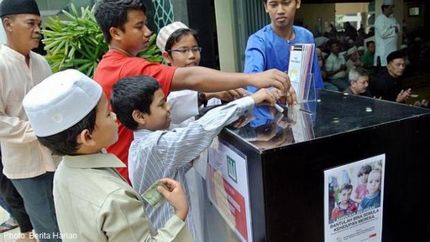 Singaporeans are giving more of their money and time to charity, according to a survey released yesterday.

Individuals donated a record $1.25 billion this year, the highest since the National Volunteer and Philanthropy Centre (NVPC) started tracking donations through biennial surveys in 2000.

The average number of hours each person volunteered this year also rose to 93, compared with 72 hours in 2012.

However, the number of people donating and volunteering fell. In 2012, 91 per cent of 1,500 interviewees said they gave money to charities, but the number fell to 83 per cent this year when more than 1,800 were polled.

Similarly, only 18 per cent volunteered this year, compared with 32 per cent of those polled two years ago.

The growth in donations and volunteering hours actually came from current donors who dug deeper into their pockets or volunteers who spent more time serving the vulnerable.

The NVPC and analysts say the data reflects the importance of retaining and engaging volunteers and donors.

“Many regular volunteers committed more to their chosen causes and activities, having formed closer relationships with the non-profits or groups they had worked with over time,” said Mr Kevin Lee, a director at the NVPC.

People offer their time and money when they believe that they are making a difference in the cause they identify with.

Over the years, the NVPC surveys have shown that people give the most to religious organisations or informal and civic groups.

Dr Jonathan Ramsay, a lecturer at SIM University, believes fewer people are donating or volunteering because challenges remain, such as a lack of time or energy.

He said: “An important priority is helping people develop strong local ties with their neighbours, as research suggests that charitable giving occurs more often in such places. Another is to encourage giving in the workplace so that people no longer have to choose between ‘work’ and ‘helping’.”

Despite the fluctuation in giving patterns, the poor continued to donate the highest proportion of their income.

This is likely due to the poor having a higher degree of affinity with and empathy for their peers, overseas research shows.

Regular volunteer Loo Kuen Feng, who has been running recycling programmes and befriending the elderly for the last five years, said he continued to help out at Buddhist charity Tzu Chi because he felt that it valued his contributions.

“They have a structured programme where once we exceed a certain number of volunteering hours, we get more responsibilities as mentors,” said the 34- year-old health-care administrator. “This gives us room for growth and our inputs are considered in decision-making, so we feel our opinions matter.”