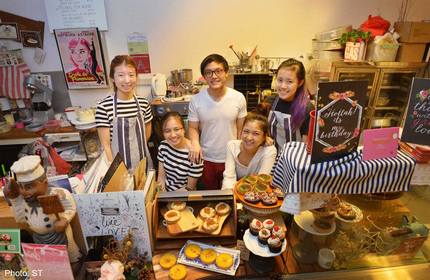 The success of a recent charity drive that tapped the social networks of the youth here has inspired a similar drive to raise funds for refurbishing poor, elderly people’s homes.

In the new two-month campaign, called For a Golden Home, which starts today, 24 students and young working adults, aged below 35, will each organise an event of his choice, ranging from a yoga day to photography print sales and a flea market. Each person can channel all or a portion of the proceeds to the cause.

This is similar to the formula for 50 for Fifty, where 50 young people raised funds for 41 charities to mark Singapore’s 50th birthday. That drive, which started last September, collected over $1.15 million in its first two months.

For a Golden Home aims to raise $25,000 for non-profit housing organisation Habitat for Humanity’s Project HomeWorks, which renovates one-room rental flats where elderly folk live, often alone and in squalor because they are too frail to clean.

For instance, last month, it fumigated the bedbug- and cockroach-infested flat of an 84-year-old man with mobility problems, and changed the furniture.

If the target is met, 30 such flats can be cleaned. The campaign has collected $3,550 so far. Founder Lim Xiangyun, 25, an editor at a design website, was prompted to think of the plight of old folk living alone because of her grandmother, 80, whom she is close to. She said: “It hurts a lot watching her age every day.”

She wanted to join 50 for Fifty, but it had already lined up its 50 young people. So she decided to do her own project based on its model, as she found roping in people to volunteer more impactful than asking them to simply donate money. She sounded out her 800 friends and followers on Instagram last month, and the response made her realise her idea was feasible as “a lot of people want to help however they can”. She plans to raise $1,000 by selling cookie cup shots – cookies baked into chocolate-lined shot glasses.

Co-founder of 50 for Fifty Rebekah Lin said: “It’s good that 50 for Fifty can inspire other young people to start their own projects. Hopefully, it causes a rippling effect on other (young people) too.”