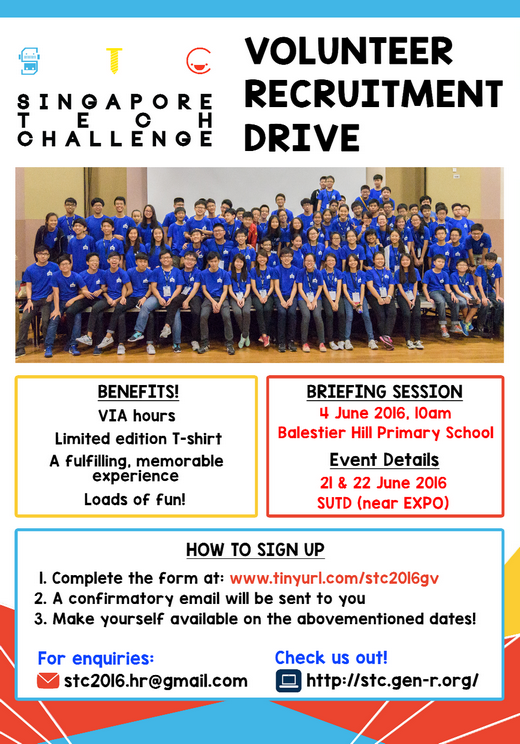 Singapore Tech Challenge 2016 (21st and 22nd June 2016) is a robotics-cum-carnival competition for Primary and Secondary school students with a keen interest in robotics and science and technology.

Volunteers can expect interaction with kids from primary schools and the taking up of these roles:
•    Referee
•    Team coordinators
•    Robot inspectors
•    Game booth officials
•    Fringe activities and stage helpers

Signup as a volunteer at http://www.tinyurl.com/stc2016gv