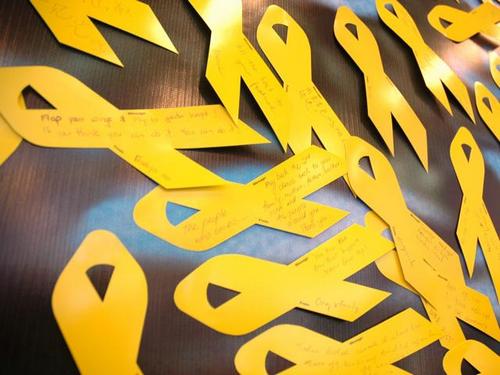 The Yellow Ribbon Project (YRP), a symbol of forgiveness and acceptance of ex-offenders in the community, enters its 9th year with this year’s theme focused on “Will”.

The aim of the 2012 campaign is to inspire inmates and ex-offenders to take charge of their own rehabilitation and contribute to the society.

Launched in 2004, the YRP is a national campaign which aims to create public awareness about the importance of giving second chances to ex-offenders, to encourage the acceptance of ex-offenders and their families into the community, and to inspire the community to support the rehabilitation as well as reintegration of ex-offenders.

Ms Tanny Ng who takes on the 2012 effort as Chairperson Yellow Ribbon Community Engagement, through a line-up of activities which have kicked started in April, has one simple goal: “I would like to spread the message of YRP.”

Open since May, is registration for the Yellow Ribbon Prison Run that takes place on September 16. There is the 6km Fun Run and a 10km Competitive Run for those inclined to some active support.

Other activities laid out in September include the Yellow Ribbon Community Art Exhibition.

The art exhibition will offer visitors a glimpse into the lives of ex-offenders who face reintegration challenges and support the YRP.

Another way to support the YRP’s message is to wear a Yellow Ribbon throughout the month of September.

They may appear plain, but each symbolic ribbon requires a lot of patience and meticulous attention to detail to make.

“The inmates cut the ribbons to make sure they are of the same length, fold and glue it, secure with the golden pin then air it, then stick on a paper and slot into a plastic bag,” explained Ms Ng.

“It’s like a factory line production started since April. They start work at about 8 or 9am and finish at 4pm.”

The 50 prison inmates who were selected to participate in the project are generally quite happy to be involved in the production of the Yellow Ribbons, added Ms Ng.

Helping to distribute the Yellow Ribbons during Street Sales Day which falls on Wednesday will be a separate group of inmates from Selarang Park Community Supervision Centre.

“These inmates are part of the Community Based Programme. Because of their good behaviour, they get to serve their sentence in the community,” said Ms Ng.

Alongside the inmates at the Street Sales effort will be volunteers who’ll help distribute 250,000 handmade ribbons.

The volunteers will be stationed at the Punggol bus interchange and four MRT stations – Ang Mo Kio, Jurong, Outram and Pasir Ris – from 8.30am to 7.30pm, to collect donations, distribute yellow ribbons and share information about the YRP.

Last year, 1020 volunteers participated in the Yellow Ribbon Street Sales Day to encourage members of the community to join in the Wear-A-Yellow Ribbon effort.

This year, the Yellow Ribbon Street Sales Day is on its track to attract just as many volunteers.

“Currently, we have more than 900 volunteers signed up for the event,”Ms Ng said.

“We’re still taking in volunteers. Based on last year’s experience, we have quite a number of volunteers who signed up at the MRT stations during the Street Sales Day itself.”

Ms Ng hopes to have more volunteers to unlock the ‘second prison’ for ex-offenders with the YRP.

Each volunteer will receive a goodie bag with a Pokka drink and a Yellow Ribbon gift.