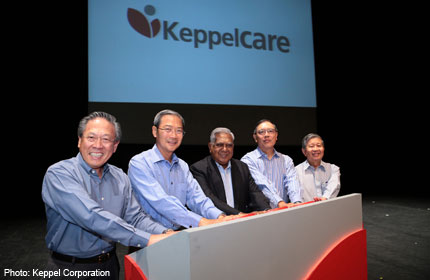 Keppel Corporation today announced the launch of Keppel Care Foundation, a charity under the Charities Act that will provide assistance for the needy and under-privileged.

It will also promote education and encourage eco-friendly mindsets and initiatives.

The Keppel Group of Companies will commit up to $50 million over the next ten years to the Foundation, said Keppel in a statement today.

At the launch, cheques totalling $6.7 million to NUS, Singapore University of Technology and Design, and Singapore Polytechnic were presented.