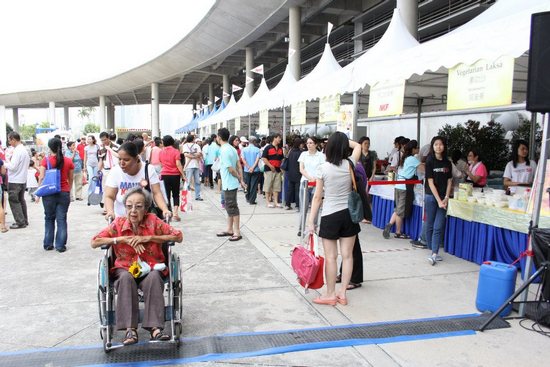 The National Kidney Foundation on Sunday held a carnival at the Marina Barrage – its first public fundraiser since 2005.

The event has raised S$400,000 so far from the sale of carnival coupons.

All proceeds from Sunday’s event will go to the “Be an A.K. Giver” fund, which will go towards buying dialysers and artificial kidneys for NKF patients.

Since January, the NKF has raised S$1.1 million for the fund.

NKF’s second oldest patient, Mr Koh Kim Peow who turns 88 in October, took the opportunity to celebrate his special day with 10 other kidney patients at the carnival.

Mr Koh said he’s been a patient for the past six years and staff who look after him treat him as family.

Senior Parliamentary Secretary of the Ministry of Community Development, Youth and Sports Sam Tan said he’s very heartened to see so many people, supporters and volunteers.

He said this shows that people are very clear about NKF’s mission.

“In these past seven years, the NKF has reformed the management, (and) put in place a lot of good practices for corporate governance. Most importantly is that they continue to carry on services to help those who are in need… While serving and achieving their service objective, they have also regained the public’s confidence,” said Mr Tan.

Outgoing chairman of the National Kidney Foundation Gerard Ee said that while the amount raised on Sunday is modest, they just want to keep going so that people don’t forget the NKF.

“I think we must be measured. There are many charities in Singapore all needing donation dollars… Of course, more money is even better to do even more things, but there is such a thing as collaborative after all. All the different charities in Singapore are serving the same community, we all have our needs. And other charities definitely need the money more than us,” said Mr Ee.

Many are aged 60 years and above.

To cater to them, a new fund “Be an Artificial Kidney Giver” was set up in January to buy artificial kidneys.

To date more than S$1.1 million has been raised for the fund.

The charity said in total about S$60 million a year is needed to support its 3,000 patients. 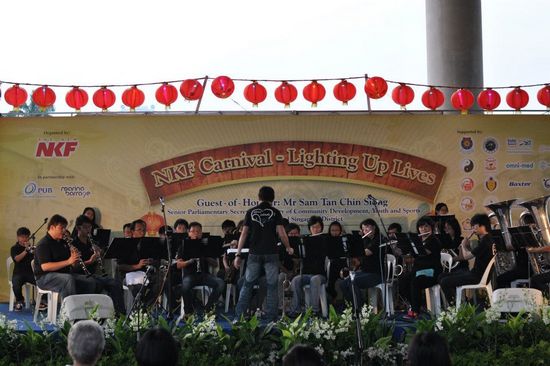