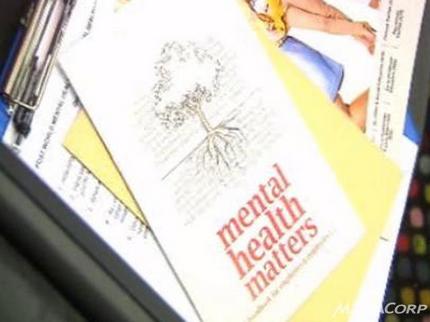 To help combat the stigma associated with mental illness, a new handbook has been launched by Silver Ribbon Singapore to help those with mental disorders integrate better into the workplace.

A 2011 survey showed that one in 10 people in Singapore will be stricken by mental illness in their lifetime.

The most common being depression, followed by alcohol abuse and obsessive compulsive disorder.

And the biggest challenge they face when looking for jobs is the label of stigma.

Harris Ng, who has battled with schizophrenia when he was younger, held 16 different jobs in the early years of his illness when his condition was diagnosed as unstable.

Mr Ng said: “I have tried all sorts (of jobs). First, I started off selling encyclopedias door-to-door, then I also worked in the worksite as a construction supervisor, and in the laboratory as a laboratory technician.”

Now a recovered patient of schizophrenia, Mr Ng shared that there were many problems that he faced when he applied for jobs in the past.

Some problems include inability to get an interview and whether to hide or reveal his mental condition when he got the interview opportunity.

Mr Ng said: “After being offered the job, because at that time, I was not so stable. They said that my speech and movements are a bit slow. And because of such comments, I took medication in the toilet. I hid my sickness.”

Halimah Yacob, Minister of State for Social and Family Development, said: “Because people feel that there’s something wrong with them, it’s easier for someone to say that I have cancer and get a lot of sympathy. But when someone says I’m suffering from mental illness, there’s a real big stigma (attached to it).”

The new handbook hopes to change this mindset, reminding employers and co-workers that with proper treatment, patients can be fully functional and productive in the workplace.

Dr Marcus Tan, who is a psychiatrist at Nobel Psychological Wellness Clinic, said: “People with conditions perform as well or sometimes even better because they know that they have a condition and they put in the extra hard work to make sure that they do as well as they can.

“I think this is actually what’s important. The attitude takes the cake.”

The handbook also aims to educate employers and employees about the early signs and symptoms, know where to seek help and to encourage early treatment.

The book will be distributed to companies, mental health organisations and through the online copy on Silver Ribbon’s website.

With the help of treatment, Mr Ng’s last relapse occurred more than 20 years ago.

Now, he is happily married and holds a stable job as a private tutor.

He has written about his road to recovery in an inspirational book entitled “Recovered Grace: Schizophrenia”, and is also an active volunteer in various mental health projects.