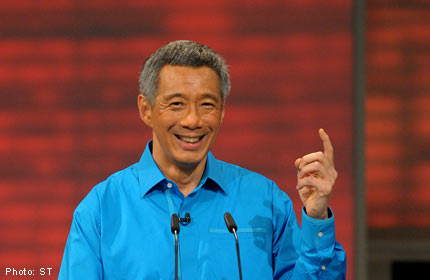 More Singaporeans are supporting good causes and volunteerism is on the rise. And this must continue, Prime Minister Lee Hsien Loong said on Friday.

This is particularly important as the income gap widens and our sense of community changes in the Internet age.

The Government will do its part to help the less fortunate, through education, housing and financial assistance schemes, Mr Lee said at the 60th anniversary charity gala dinner of the Singapore Children’s Society (SCS).

But the Government cannot, and should not, do everything, he said. Then it becomes “too impersonal” and it can be “bureaucratic” and help “becomes a matter of social administration, not of care and compassion”.

Mr Lee added: “And eventually, this fosters the entitlement mentality, instead of a sense of mutual obligation and gratitude between the helpers and the helped.”

He was happy to note that donations reached at least $900 million last year, the highest in 10 years.

And he said the Government would continue to encourage Singaporeans to give back to society, with tax deductions or matching grants.

It will also promote volunteerism, especially among the young.

Mr Lee said the country’s success is measured not just by GDP growth, but also by the growth of values such as compassion, altruism and empathy.

And that he was glad Singaporeans feel the same. He said: “I meet many Singaporeans who serve others passionately, and often quietly.”

He praised the SCS as a good example of a vibrant civic society .

Singapore is better for what it and other voluntary welfare organisations have done, he said.

“It is most difficult to bestir ourselves, sacrifice our own time, roll up sleeves and do the heavy lifting day after day – organising, fundraising, volunteering, and doing things which make a real difference to things and to the lives of others.

“And this is what (the Children’s Society) and many other VWOs have done, and Singapore is the better for it.”

Since it was established in 1952, the society has reached out to more than 67,000 children, young people and families in need, Channel NewsAsia reported.