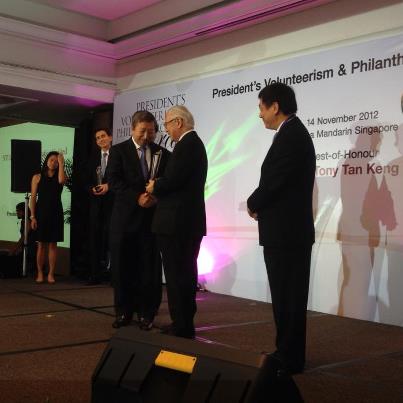 The inaugural President’s Volunteerism & Philanthropy Awards (PVPA) have been awarded to nine recipients.

A new category, the President’s Award for Social Impact, has been included.

The new award for non-profit organisations recognises organisational and programme excellence, and commitment and ability to deliver sustainable impact.

The President’s Award for Volunteerism was given to informal group SPLAT!

The initiative was started by the Singapore Memory Project to collect memories and stories of people who have sought to do good and better Singapore’s society.

The Singapore Memory Project is collaborating with the National Volunteer and Philanthropy Centre to gather stories from volunteers and philanthropists, both past and present, who have given of themselves to help the underprivileged in Singapore.