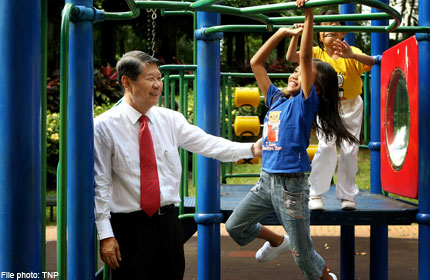 The Singapore Children’s Society (SCS) is looking to raise $2 million to $3 million annually by next year, by getting more companies to loosen their purse strings.

SCS chairman Koh Choon Hui said the 1000E programme, now into its fifth year, is “ready to move to a higher level”.

He was speaking on Thursday at a dinner at the Pan Pacific Singapore hotel for the companies supporting the programme.

To help the society reach its target, it launched the 1000E Ambassadors programme on Thursday, which aims to get business professionals to rally support in raising funds and awareness for the SCS.

Deputy Prime Minister Teo Chee Hean, patron of the 1000E programme and Thursday’s guest of honour, said: “I’m sure many of you are facing difficulties with the business climate right now… I’m really very grateful that even in this climate, you’re opening your hearts, your cheque books and your wallets to help.”