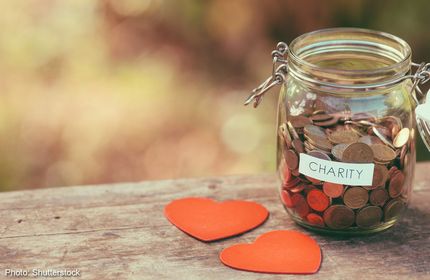 Ms Roseline Ching remembers how tough it was for her younger brother to get a job when he turned 18 because of Down syndrome.

So the co-founder of a woman’s clothing label put together a Christmas luncheon last year.

It did not just raise $13,000 for the Movement for the Intellectually Disabled of Singapore (Minds), but also gave business owners an opportunity to interact with the intellectually disabled.

This was the kind of passion which drove youth project 50 for 50 to raise a whopping $1.8 million in the space of just three months.

With the Government expected to match this under its Care and Share Movement to celebrate Singapore’s 50th birthday, it means the charity drive will have around $3.6 million to give out to 42 charities.

The sum is more than half the $6.3 million the President’s Star Charity collected last November.

At an event to mark the close of the 50 for 50 project, Parliamentary Secretary for Social and Family Development Low Yen Ling highlighted the “impressive” achievement of raising so much in so little time.

“It was not an easy task and yet they achieved their goals,” said Ms Low, who is also Parliamentary Secretary for Culture, Community and Youth, adding that the project showed how much youth here were committed to contributing to society.

The project, launched last September, was the brainchild of 30-year-old Rebekah Lin, who is pursuing a PhD in English in London, and investment sales manager Cheryl Chong, 29.

They wanted to break the stereotype that young people care for themselves only.

It involved 50 people below the age of 35 – from different walks of life, spearheading fund-raising projects and getting corporate sponsors to match the money raised.

Ms Lin herself organised a live music night at Wala Wala Cafe Bar. She said it was heartening to see the hard work of all the youth who took part. “I hope the lesser-known charities have also gained greater public awareness about their organisations,” she said yesterday.

Among the beneficiaries are the Student Advisory Centre, which helps underprivileged children, and women’s shelter Casa Raudha Women Home, the Autism Association and the Rainbow Centre.

Ms Lin also paid tribute to the corporate sponsors, especially those such as Ms Ching, who went beyond just writing a cheque.

Ms Ching, 30, hopes her efforts will encourage business owners to provide more employment opportunities for the intellectually disabled. “Having a job helps them feel that they are a part of society.”