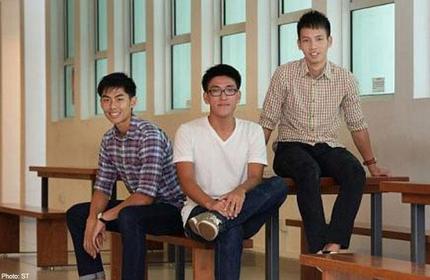 Law students will soon have to do at least 20 hours of unpaid work over their second year of study, to help give the disadvantaged better access to justice.

Those studying at the National University of Singapore (NUS) have already started embarking on pro bono projects, ahead of a mandatory requirement that will kick in next May.

Meanwhile, Singapore Management University (SMU) has amended its community service scheme to make sure a set proportion of the work is law-related.

NUS has set up a committee that oversees students’ progress and helps them to focus on providing legal information to the elderly and vulnerable. The committee’s chairman, Associate Professor Lim Lei Theng, said the students are encouraged to “exercise autonomy and ownership in their endeavours”.

Instead of being given a checklist of recommended organisations to work with, they can develop their own projects, submit a proposal and find mentors.

First-year student Clement Lin, 21, has already embarked on a project with two classmates, less than three weeks after starting his course. After talking to several lawyers and professors, he and his team from NUS realised there is currently no group dedicated to serving the legal needs of the elderly.

Mr Lin said he hopes to help the low-income elderly by teaching them about their rights, particularly when it comes to housing and Central Provident Fund issues.

Another first-year student from NUS, Ms Jaya Letchmi, said: “I don’t think 20 hours is sufficient to make a substantial difference to society, but it is a generous amount of time to spark off an interest.”

The 19-year-old, who wants to work with young people who get in trouble with the law, said: “I think the majority of us would be motivated to look beyond the stipulated hours and look for more avenues where we can contribute and make a difference.”

NUS has also set up an online portal to help the school track the students’ hours. Prof Lim said most of them were already doing pro bono work even before the former chief justice called for a mandatory requirement. Last year, they took up more than 600 placements. Most were in their second year of study.

At SMU, law students already had to do 80 hours of community service in order to graduate. They must now make sure at least 20 of them are law-related.

Pro bono work has been in the spotlight over the past year, with the legal fraternity debating whether lawyers should be compelled to put in a fixed number of unpaid hours. NUS senior lecturer Sheila Hayre, who used to be a public interest lawyer in the United States, said: “If you want to see change, what better place to start than with students?

“Lawyers are busy with their existing practices and many already do pro bono work. Here, we are asking the student to go out and serve the disadvantaged, and grow in a way he never would if he had simply stayed in the classroom.”